At Wordlab we protect and promote the art of translation. Our team members have:

Furthermore, to ensure continuous excellence, our translators are subject to testing and ongoing evaluation. This practice both guarantees the quality of work and contributes to the translator’s professional development.

Diana Díaz Montón is a translator, localization specialist, writer and entrepreneur. Diana began her career in the videogame translation industry in 1998, with an internship at EA Sports in Madrid, Spain.

Upon graduating in Translation and Interpreting in 1999 from the Universidad Pontificia Comillas (Madrid, Spain), she started working as a freelance translator for major agencies and clients in Europe and North America.

In 2005 established Wordlab and in 2011 co-founded Native Prime, a multinational game localization company with offices and recording studios in France, Italy, Germany and Spain.

She has participated in the translation, editing and quality assurance of hundreds of titles (all platforms and genres). Additionally she specializes in fashion, technical translation and software localization.

Born and raised in Madrid (Spain), Diana is fluent in English and Swedish and has translated actively from French, German, Italian, Swedish and Danish.

Diana has written a number of articles on the challenges of video game translation and their adaptation to different markets. Her articles, originally written in English and Spanish and translated into Chinese and Brazilian Portuguese, have been published both online and in magazines. 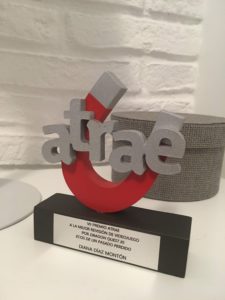